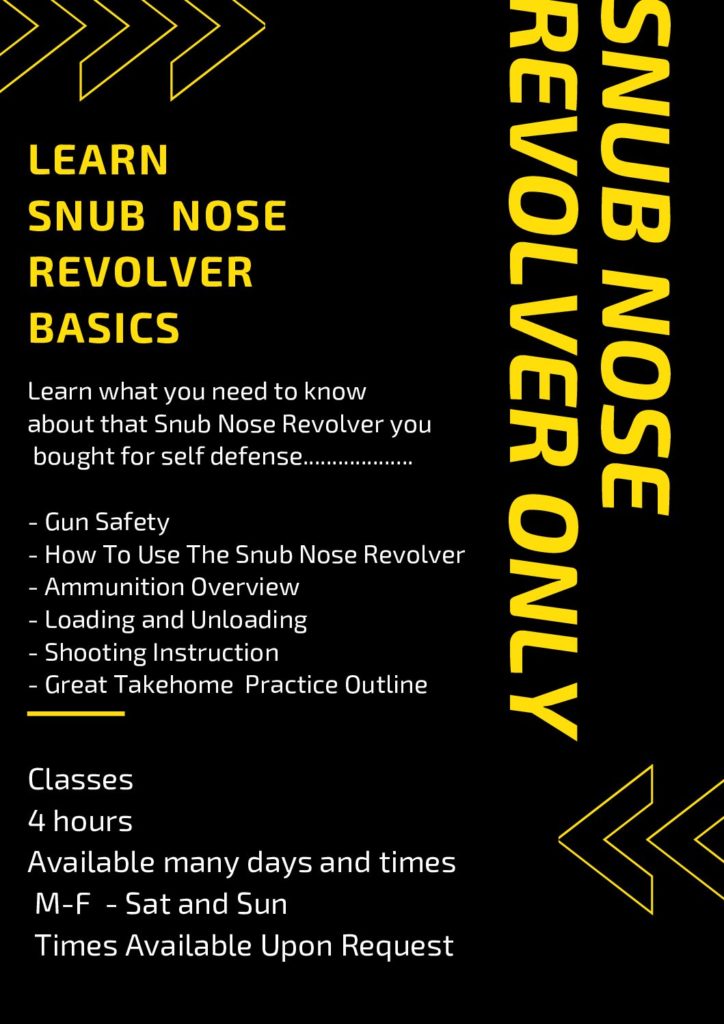 I have decided since there is a resurgence in revolver popularity I would put a 4-hour course together. Anyone wishing to get up to speed with carrying and shooting snub nose revolvers for self-defense will enjoy this class. The snub nose revolver-only class is going to be lecture and live fire with live fire encompassing a major portion at the range. You will shoot the Retired LA PD Officer Qualification at the end of class. This class does not have to have a minimum number of attendees. Gun, Holster, and 100 rounds of factory ammunition will be required.

Small-framed, short-barreled revolvers are regaining favor as a viable defensive firearm that is ideal for certain situations. Such situations might include lounging around the house, doing yard work, performing a quick errand in an area where crime is not common. Another situation that arises is dressing in hot weather, or for situations where concealing a larger handgun and magazine pouches might prove challenging. Like Weddings and Funerals.  According to the FBI-most self-defense shootings happen within 3 yards. These shootings are over in 3 seconds or less. Usually with less than 3 rounds being fired.

To make a Snub Nose Revolver work it requires an investment in education, training, and practice. With this class, you will receive a training outline from one of the great instructors of all time. Know how to practice to make yourself a great snub nose revolver handler. Anyone wishing to be able to handle a revolver for self-defense should take this class.

Other Article of Interest